Three million more Britons will gain the right to vote

Advocates claim British citizens are about to get their ‘last democratic right’ with the passing of the Elections Bill through Parliament. Among other functions, the bill will give approximately 3 million British citizens living abroad the right to vote in UK elections.

At the moment, British citizens living abroad are only eligible to vote here for 15 years after leaving the UK. Their vote is cast in the constituency where their last UK address was located and they are required to re-register on an annual basis.

The Election Bill will now make British citizens living abroad eligible to vote for life, no matter how long they have lived out of the country for. Overseas voters will only have to re-register every three years. This ‘vote for life’ policy has been in the last three Conservative manifestos.

An estimated 30 constituencies may be notably affected by these electoral reforms. Tom Brake, Director of Unlock Democracy and former Liberal Democrat MP is concerned that the Bill may allow overseas voters to make a ‘declaration of local connection’ to any constituency in the country, and that there is no clear means of checking these connections. The Association of Electoral Administrators (AEA) reported that overseas electors have been known to register to random addresses that they have no past connection or link to.

There are challenges not only for political parties in communicating with overseas voters, but also cost implications and logistical issues that the Electoral Commission encounters when dealing with them. The deadline for voters to register for an election is eleven days before the ballot. This leaves little time for councils to send a ballot paper abroad, let alone for an overseas voter to post this ballot back to the UK. Election administrators have highlighted that registering overseas voters requires a disproportionate amount of staff time. Having a far greater number of eligible voters overseas will pose challenges for the Electoral Commission, in particular, if a snap election is called.

If the Election Bill, which currently is at committee stage in the House of Commons, is passed and receives royal assent, overseas voters will be an even more important and powerful part of the electorate. They have the potential, if communicated with correctly, to impact the election results in their UK constituencies. 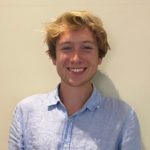