Some people always vote. Some people never vote. Most people sometimes vote. Why does this matter?

Activist time is the most precious thing in a campaign. People volunteer to help. They don’t get paid and the one thing guaranteed to make sure they don’t come back is them feeling like their time has been wasted. But in every election I have worked on since 1999, I have seen hours and hours of time wasted because somebody insists, “We knock on every door”.

But if you are going to persuade candidates and activists that they do not need to knock on every door, what is the one piece of data that you need? That’ll be the Marked Register.

The Marked Register is the only piece of data on a voter, apart from their name and address, that is 100% accurate. It tells you, unequivocally, that somebody voted, either in person at a polling station, or by returning their postal ballot pack. If you enter this data over repeated election cycles, you can confidently identify households you should both definitely target and those you can safely drop from your canvassing lists.

The former probably always vote, but your data doesn’t tell you which way. You speak to them because if they had previously voted against you and you persuade them to vote for you, you are +2 in terms of votes. One off the opposition pile and one on your pile. And if it turns out they were always going to vote for you, or never going to vote for you, that is still valuable data, even if it doesn’t make a difference to your result.

The latter group probably don’t always vote, but your data suggests they will support you if they do. These voters can be targeted for personal visits from the candidate, which is scientifically proven to be the very best way to motivate someone to actually vote. They can also be targeted for postal voter recruitment drives and for more intense GOTV efforts as postal ballots arrive or before and on polling day.

Looking forward to the next cycle of Council elections in 2022, we have identified several wards which can be targeted purely on the basis of low turnout. If a ward has an electorate of 6,000 and you lose by 500, getting a 10% increase in turnout from your supporters means you win. But it is the Marked Register which will allow you to identify those voters.

So look at your VoteSource dashboard under Register/Marked Registers then go to Reports. This will tell you whether they have been entered. If not, did your Association buy them and are they sat in a box somewhere, or do you have them as PDF files on a CD or DVD? For the most recent elections, you might still be able to get them, especially if your Council has been providing them as scanned PDFs and will still supply them.

Whatever you can get is worth having. Then you simply need to invest some time to enter the data – 30 minutes per polling district is the average time it takes – and start building your most valuable data resource. 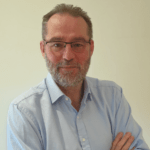 John Moss is a Councillor in Waltham Forest and was Association Chairman and DC Political in Chingford & Woodford Green from 2013 to 2020. He works as a Campaign Manager for College Green Group, supporting candidates seeking to get approved, selected and elected at all levels.