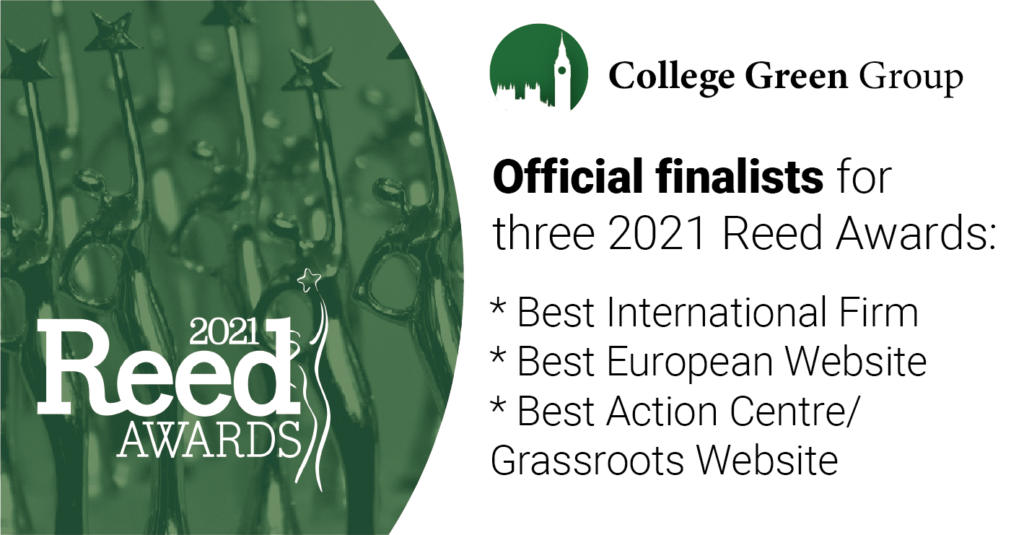 College Green Group is proud to announce it has been nominated as a finalist in three categories at this year’s Reed Awards, the most exacting awards in political campaigns, grassroots, and advocacy.

The group currently works with a number of UK and European political groups and single-issue campaigns, specialising in digital campaigns and communications, strategy, data analysis, and message development.

The nominations include Best International Firm, Best European Website, and Grassroots / Action Centre website, with winners due to be announced on Thursday, 13 May.

Founding Director, Thomas Borwick said: “I’m so pleased to hear we have been nominated as Reed finalist not one but three times. These awards are some of the most sought-after campaigns and elections awards, and to be nominated is a testament to the fantastic work my team produces for our clients.”