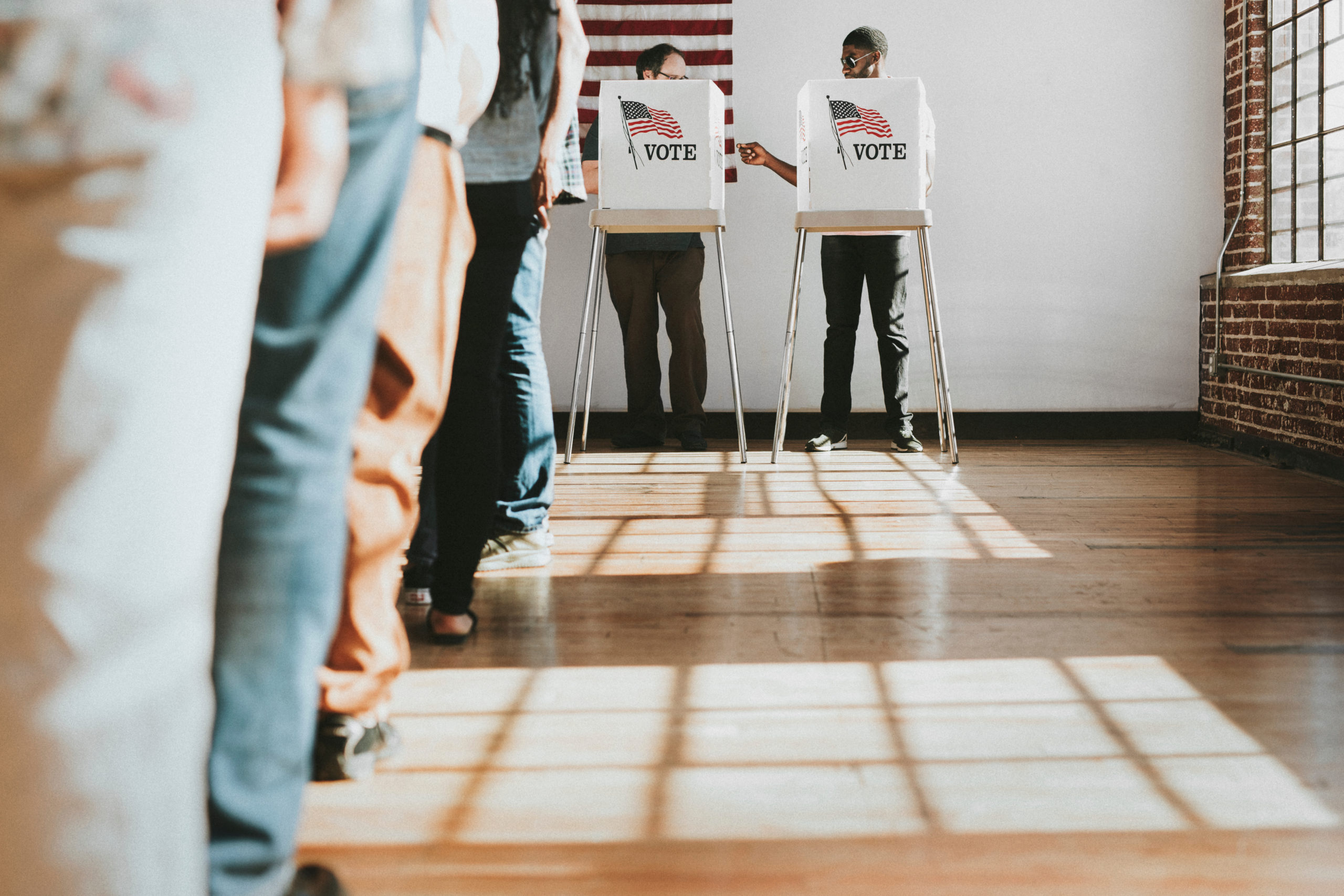 Americans head to the polls to cast their ballots in the first national electoral test of the Biden presidency and of the president himself. Following a harrowing loss last November in Virginia, plus a nail-bitingly close victory for Democrats in the otherwise safe state of New Jersey, the party expects losses across the country.

In August, Democrats were buoyant. The Dobbs decision had overturned Roe vs. Wade, fuel prices were decreasing, and the Democrats looked likely to gain seats in the Senate, whilst suffering minimal damage in House races. The tide has turned against them across various states. So what does a good night for Democrats look like – more specifically in the Senate?

Just two years ago, Democrats had control of both of Arizona’s Senate seats. It was seen as the embodiment of the turn of moderate Republicans against Trump and towards Joe Biden. Former astronaut Mark Kelly, is locked in a competitive race against self-described ‘America First’ conservative Blake Masters. Kelly has sustained high approval ratings amongst Democrats’ most volatile voting bloc – Hispanics, and his job approval remains high. However, might other national factors impact his chances?

According to a Marist Poll, Biden may hinder Kelly’s success owing to his -18% approval rating in the state. A silver lining for Kelly though is that whilst just 2% of Democrats intend to vote for his opponent, 10% of Republicans, and 53% of the sacred ‘independent’ voting bloc intend to vote for him too. The race has tightened since the summer, and Masters is supported by influential donors such as Peter Thiel and has released memorable campaign adverts that are effective in delivering its message, whilst also appearing unpolished.

Kelly remains a popular and known quantity in the state that has rejected candidates such as Masters previously. However in a Republican-leaning environment the race can be expected to come within a percentage point either way.

Many remember Nevada for its time-consuming vote-counting process in November 2020. However, the state may soon be renowned for producing an election-denying Senator in the form of Adam Laxalt. Seen as the best chance for Republicans to pick up a Senate seat, Laxalt is now leading his Democratic incumbent opponent Catherine Cortez-Masto by around 4%.

With a sizable Latino population, Cortez-Masto holds a 19% lead with these voters, according to an Emerson poll. Now, like most surveys, the sample sizes for Latinos in Emerson’s polls aren’t very big, meaning those data points have a larger margin of error. What may further concern Democrats are the findings that they have lower levels of support amongst the bloc this year, than in 2020 when Joe Biden won the state by barely 2%.

Whilst 14 members of Laxalt’s own family endorsed his opponent, the Democrats are playing catch-up in Spanish-speaking adverts, after an onslaught of Republican attack ads of various languages over the summer.

Democrats are trying to deliver a carefully crafted message, acknowledging voters’ worries while suggesting that the economy is already improving and will get even better soon, as the pandemic fades. However, with rising housing and energy prices, and Biden’s underwater approval rating in the state, the first Latina Senator in US history could be defeated – thanks to a potent cocktail of woes that Laxalt has effectively weaponised.

Nothing symbolises the perilous state the Democrats are in than Florida. The turn of Cubans, Venezualans, and Nicaraguans away from the party and to the Republicans spells gloom for this year’s Senate race. US-Cuban incumbent Marco Rubio is (for the state of Florida) miles ahead of his Democratic incumbent, former Orlando police chief Val Demings.

The fact that this race hasn’t been prominent in the news is a sign of how far gone the competition is. On one hand, Demings has made the race more competitive than many political forecasters had anticipated, outraising Rubio by $10 million during the last fundraising period, on the other, a Democrat has not won a Senate election in the state since 2012.

Rubio looks certain to coast to a third term. If Demings can keep his margin of victory below 5%, that would be a good night for the party. The shortness of this section demonstrates how the political sands have shifted dramatically to the Republicans in Florida.

As recently as a few weeks ago, the Georgia Senate race seemed to be tipping toward incumbent Democrat Raphael Warnock. A string of controversies plagued the Republican candidate, Herschel Walker. The dynamics of the race are different now. Walker is still dogged by allegations, which he denies, that he encouraged and/or paid for multiple women to terminate their pregnancies, despite once campaigning on a platform that includes a total ban on abortions. But Warnock’s lead over his Republican rival has slimmed to just over 1%.

Due to Georgia law, a candidate must receive over 50% of the vote to win. Anything below this threshold must go to a run-off between the two highest performing candidates. Georgia run-offs have typically favoured Republicans. Since the late 1960s, Georgia has seen 11 run-offs between a Democrat and a Republican for statewide office, and the run-off margin was better for Republicans than the general election margin in seven of them. This is largely attributable to the drop-off in turnout – fewer people vote in run-off races than in general elections – and the decline usually disproportionately affects Democrats.

Warnock is seen as a rising star within the party and is outperforming Stacey Abrams who is running a simultaneous campaign for Governor of Georgia – one she is predicted to lose. Walker has sought to use Warnock’s support of Biden’s domestic policy agenda against him, whilst Walker has been tied to abortions, domestic abuse, and adultery.

A victory by Walker would be a major coup for national Republicans, who have seen their once-firm standing in Georgia diminish as the Democratic-leaning Atlanta metropolitan area continues to grow and become more influential in statewide races. Warnock’s re-election would maintain a Democratic foothold in the Deep South and significantly raise the party’s chances of retaining control of the chamber after the midterms.

A shock contest in ultra-liberal America

Republican campaign strategists’ eyes have narrowed on taking the ultra-liberal state of Washington. Their secret weapon, Tiffany Smiley, may break Democrats’ decades-long grip over the state.

Smiley has out-raised incumbent Democratic Senator Patty Murray and polls have tightened in recent weeks, rattling some Democrats. Smiley is campaigning as the “new mom in town,” and has openly dismissed Seattle institutions like the Seahawks and Starbucks as “woke corporations.” Smiley is declaring that Murray is out of touch and rallying voters in the red counties of eastern Washington, where she’ll need to run up the score to win. Notably, you will be hard-pressed to find a mention of former President Trump anywhere on Smiley’s website and she has avoided using her party’s colour (red) on her campaign literature – switching it out for green and blue. These tactics effectively disassociate her from the national party and are tactics that have been employed by Glenn Youngkin in Virginia, and Andy Street in Birmingham.

Murray’s win will depend on enough voters putting aside their frustrations with a national party that has fallen short of some of its most expansive policy ambitions, and will need to battle through Smiley’s assertion that new leadership is required in the state Murray has represented in the Senate since 1993. Should Democrats lose this state, prepare to watch for a collective nervous breakdown and dramatic infighting between the party’s progressives and centrists.

Whilst 2020 was a good year for Democrats across the ‘Sun Belt’, this year looks to reverse these gains and further challenge the assumption that Latinos will vote for Democrats regardless. These states represent the demographic shift and overall cultural move away from Democrats, identity politics, and above all the perception that the party is ‘socialist’. Perhaps the sooner Democrats face a drubbing in this region, the faster they can sound the alarms and change their strategy – though this account executive doubts their ability to do so at a national level before 2024.