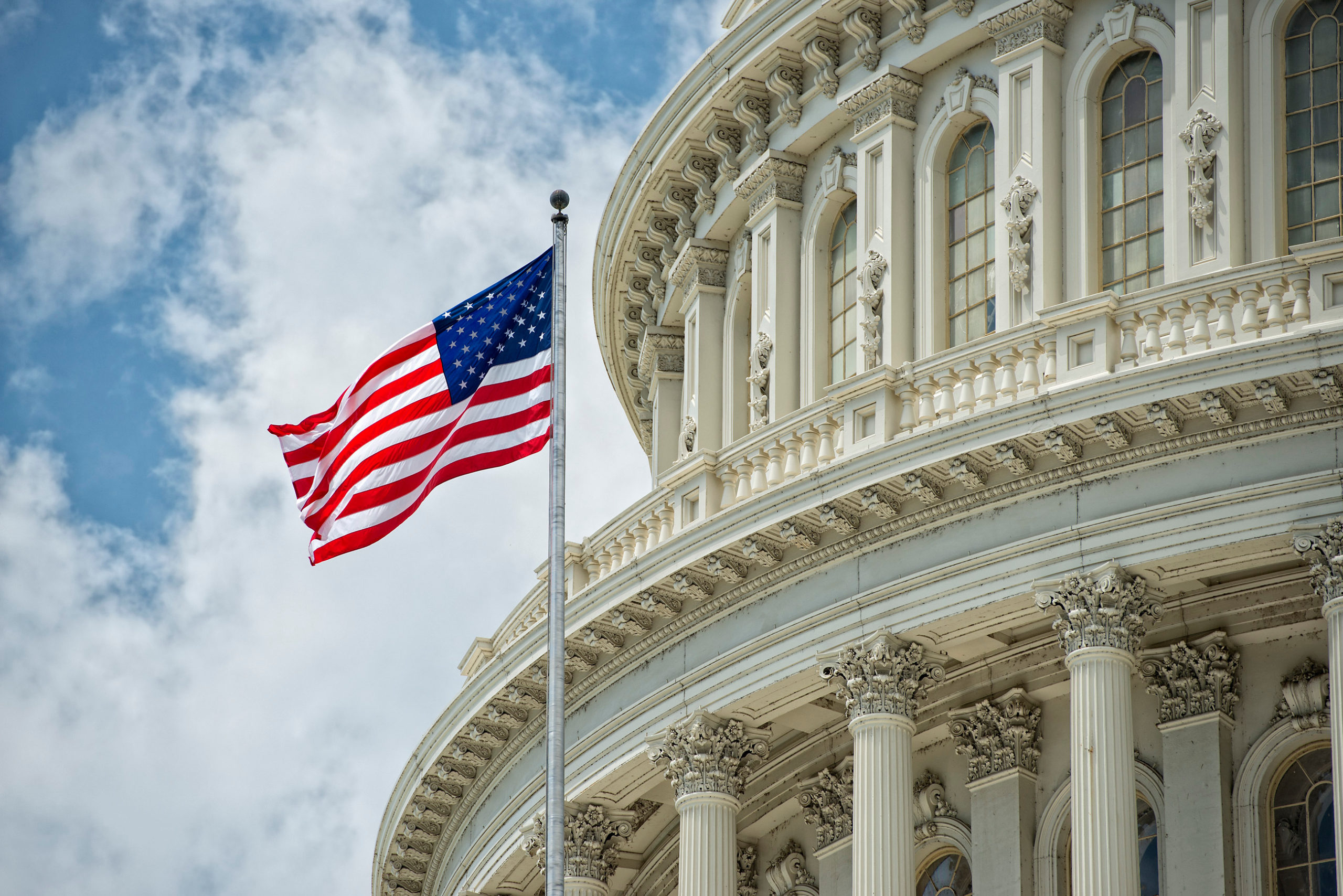 In my last blog I spoke about the state of senate races across the Sun Belt. Now I turn to the battlefield that has caused many Democrats to shed tears and lose faith – the Rust Belt. Once a reliable bastion of union Democrats, the region has dramatically shifted and its lurch to the right has been catalysed by Trumpian economic policies. So, what do the midterm elections hold for Democrats and Republicans in this unpredictable region?

As ever, all eyes focus on the Keystone State. Celebrity TV doctor Mehmet Oz is facing Lieutenant Governor John Fetterman, a progressive who has recently suffered a stroke. After a difficult summer for Oz, Republicans seem to be coming home to supporting him reflected in polling that has put him ahead of Fetterman in this pivotal race. However, it is worth noting that most polls that showed Oz ahead came from Republican firms.

The state is the best opportunity for Democrats to gain a senate seat, and Fetterman is a strong candidate to attract working class voters in the state. Donning a hoodie in most public appearances, and championing his blue-collar roots, he has come under increasing fire from Republicans who have accused him of pushing tax hikes for working Pennsylvanians and ‘standing outside of factories, but never having worked in one’.

Oz is, however, running a campaign that suffered from a misjudged advert that aimed to highlight the impact of inflation on working Americans’ groceries. He used ‘crudités’ as an example, attracting ridicule for its ‘out of touch’ message. Engineering his image in a blue-collar manner, Fetterman tweeted saying “In PA we call this a… veggie tray.”

The accusations of being out of touch have been coupled on each side by accusations of Oz using puppies for medical experimentation, and Fetterman’s stroke being weaponised to question his mental fitness for office. Simply, when a campaign goes down these routes you know all is to play for, and that the race is tight.

In the state that is ever a headache for pollsters, the venture capitalist and author of ‘Hillbilly Elegy’ J.D Vance has, after a tough summer, gained a lead in the senate race against Tim Ryan. Vance is a similar political entity to Masters. He represents a freshened image for Republicans whilst campaigning on Trumpian policies.

Vance and Ryan have both made overtures to Trump voters. Each has painted the other as a political phoney poorly attuned to the plight of workers in a state battered by manufacturing job losses. Ryan, who swears in his speeches and barks about China in his ads, argues that Vance has lost credibility with those who responded to Trump’s combative style. Vance, a ‘never Trumper’ in 2016, has said that Trump had proved him wrong.

Although Vance has been viewed sceptically within some Ohio Republican circles and has struggled to raise money, national Republicans have aided his campaign with tens of millions of dollars worth of TV ads, many of them characterising Ryan as a flip-flopping liberal. Ryan has received far less help from national Democratic groups, which have given priority to other states.

Polling in the state is historically poor. The final polling average in 2016’s presidential election was a 2.2% lead for Trump, and a 1.0% lead in 2020. In reality, Trump won by over 8.0% each year. Again, like Florida, if Democrats can keep the Republican victory under a 5.0% margin, then the night would have been good.

Another headache for pollsters, and Democrats is Wisconsin. After incumbent Republican Senator and arch Trump ally Ron Johnson definitively said he wouldn’t run for re-election, he now finds himself leading his Democratic challenger Mandela Barnes by around 3%.

Democrats entered 2022 with high hopes of winning in Wisconsin. The party nominated a high-profile candidate, and Johnson was attracting some bad headlines about his vaccine scepticism and involvement in the plot to overturn the 2020 election. During the summer, Barnes was leading in the race, but since then Republicans have outspent Democrats by $1.6 million during September – and there was one issue in particular that their ads focused on: crime.

In a state still reeling from the racial riots in Kenosha, Waukesha, and other cities in the wake of the killing of George Floyd in 2020, adverts depicting Barnes as a ‘defund the police Democrat’ have worked. One Johnson advert went further and said that “Barnes wanted to abolish ICE, open our borders and release violent felons without bail. Mandela Barnes: dangerously liberal on crime.”

Democrats have called these ‘racist dog-whistles’ designed to arouse suspicion of Barnes’ race. One Republican advert even refers to Barnes as ‘different’. Interestingly, ‘Everytown for Gun Safety’, a pro-Barnes outside group, has tried to turn the issue of crime around on Johnson – attacking him for his votes against police funding and gun control.

According to a recent Marquette Law School poll, likely Wisconsin voters who were very concerned about gun violence said they supported Barnes over Johnson – but voters who said they were very concerned about crime said they supported Johnson over Barnes by an even wider margin. With Johnson now expected to win re-election in the state where polling frequently undersamples Republican voters, these campaign ads and dog-whistles seem to have worked for Ron Johnson.

Whilst not a ‘Rust Belt’ state, the climate of New Hampshire aligns far greater with that of Wisconsin and Pennsylvania, than Arizona or Florida.

In recent weeks Democratic incumbent Maggie Hassan (who won her last election in 2016 by 0.1%) has seen her lead over Republican Don Bolduc evaporate. New Hampshire is a state where Democrats engineered Republican primaries by investing heavily into who they believed was the weaker candidate. Bolduc was the recipient of these donations. He has gone back and forth on whether President Biden legitimately won the 2020 election, but has recently risen in the polls.

Like Arizona, New Hampshire is a state that votes for moderates, which makes Bolduc’s momentum more surprising. Last year, Bolduc called the state’s popular Republican Governor Chris Sununu “a Chinese Communist sympathiser.” In an early October debate with Hassan, Bolduc concocted the notion that fleets of school buses were ferrying illegal out-of-state voters to New Hampshire. He also recently embraced the fantasy that students in the heavily Republican town of Derry were self-identifying as cats, licking each other, and using litter boxes at schools instead of bathrooms.

Hassan may eke it out in the end. The Democratic-leaning trajectory of the state that went for Biden by seven points in 2020, and for Democrats at a presidential level since 2004 may serve Hassan well. If she doesn’t win, then the state (with just four electoral votes in a presidential election) will probably remain a secondary priority for the party as they clamour to win back support in Nevada, Arizona, Pennsylvania, and Wisconsin.

A sleeper state in the Rockies of the American west

The Republican nominee in Colorado, John O’Dea is a moderate. O’Dea (who Trump himself has referred to as “stupid”) has never led a public poll in the race, and polling averages show that he continues to trail his opponent, Democratic Senator Michael Bennet. Republicans’ have moved $1.25 million into the state in October, as outside Democratic groups in the last month have steered more than $9 million to the Colorado race – a sign that the competition is heating up.

To pull off a victory in Colorado, Republicans will not only have to turn out their waning base, but win over unaffiliated voters who have heavily favoured Democrats in the years since former President Donald Trump took office. And even though O’Dea has maintained that the 2020 election was legitimate, he’s working to prevent Democrats from linking him to the GOP’s more extreme wing.

You will find it challenging trying to find a mention of Trump on O’Dea’s websites. He is adopting a Youngkin-esque strategy of keeping Trump away in order to win a Democratic state. This has worked recently. Should Democrats lose Colorado, it would be a gut-punch in a state they had brought over from the Republicans into their column of support.

Republicans are confident of success in these races, and whilst early vote figures favour Democrats across Pennsylvania, Colorado, and New Hampshire they ought to brace for a punishing night across this region that is the canary in the coalmine of American public opinion. A 2024 presidential victory by Donald Trump may have already been cemented should the Rust Belt drift further from the Democrats. Time is so very limited for the party to change course by 2024 – it has already run out for the midterms.