Why did Hungary’s united opposition fail?

Striving for change through unity

Viktor Orbán’s leadership in Hungary has been fiercely criticised by its opposition at home and by officials in Brussels. In response a coalition of six parties, United for Hungary (UFH), was formed to try to defeat Fidesz, accusing Orbán of creating a “single-party state” that has distanced itself from the EU to become “militantly anti-Europe and pro-Putin”.

Orbán served his first term as Prime Minister from 1998 to 2002. He returned to government in 2010 via a coalition that afforded him a supermajority (over two thirds of the seats in parliament). Ever since, he has been determined not to let power slip out of his hands again. During his second term, the leader of Fidesz began to use his leverage in parliament to reform the Hungarian Constitution. He has since halved the number of representatives in the National Assembly, changed the electoral process, curtailed the power of Hungary’s constitutional courts, and replaced media and campaigning laws “to improve his chances of re-election”.

Orbán stands accused of breaching such EU principles as the democratic rule of law, as well as curbing the rights of women, ethnic minorities, migrants and LGBT people. An advocate for traditional family values, under his premiership “debates about women often come in the context of child-bearing and family life”. He has also disseminated antisemitic conspiracy theories, demonised Roma communities, and introduced measures to bar migrants from entering Hungary and to criminalise lawyers and activists who help asylum seekers.

These changes have allowed Orbán to keep a tight grip on Hungarian politics and this week’s Hungarian National Assembly election was framed by his critics as detrimental for the future of Hungarian democracy. Despite the combined efforts of UFH, Orbán secured another supermajority. Sunday’s election also included a referendum seeking to outlaw the teaching of gender ‘ideology’ in schools, a blatant attack on LGBT rights. The referendum was invalidated due to a low turnout.

The rationale behind the UFH

When Orbán changed the electoral process, he introduced a one-round, two-ballot system of elections. This system is broadly a mix between the first-past-the-post system that elects one MP for each of the country’s 106 constituencies, and a system of proportional representation that uses party-lists to elect 96 candidates for the remaining national seats.

In countries like the UK that use the first-past-the-post system, it makes sense for parties to negotiate agreements before elections to avoid splitting their vote. This form of pact can be traced back to 1903 when the Liberal Party agreed to withdraw candidates in some constituencies where the Labour Party was also standing, to keep the anti-Conservative vote together. As a result, the Labour Party elected 29 MPs in contests against Conservatives (similar pacts have been forged between the two parties in recent by-elections). Likewise, in the last general election (2019), in order to unify the pro-Brexit vote the Brexit Party did not field candidates in constituencies where the Conservatives had won seats in 2017.

For the seats that are decided through first-past-to-post, it was sensible for UFH to unite and avoid splitting the anti-Orbán vote. A different rationale applies to the national party lists. For parties to elect MPs through these lists, they must hit a 5% threshold. The threshold increases to 10% if two parties run in a coalition and to 15% if three or more parties run on a joint list. By uniting six different parties, the opposition wanted to ensure that no votes were wasted in their battle against Orbán. Electorally, the alliance served a coherent purpose, but questions can be raised regarding the ability of such a diverse set of political parties to work together in government.

The coalition wanted to steer Hungary to a new direction. Besides removing Orbán from power and strengthening relations with the EU, it is unclear what exactly that direction was. The credibility of the main parties in UFH is also questionable. The two main left-of-centre parties, the Hungarian Socialist Party (MSZP) and the Democratic Coalition (DC) (that emerged as a splinter group of the MSZP) are tied to an era of austerity in Hungarian politics that resonates poorly with the electorate. Moreover, the image of Ferenc Gyurcsány (leader of the DC and former leader of the MSZP) still looms large in the memory of Hungarian voters due to a speech in which he confessed to having lied to Hungarians to win an election. On the other side of the spectrum Jobbik, a far-right party, probably harmed its own credibility amongst right-leaning voters for siding with the left. Supporters of Orbán will argue that Hungarian voters did not perceive UFH to be a stable project of governance; his opponents are now criticising the integrity of the campaign process.

In the last month of the electoral campaign, strategists from UFH invested in a campaign that tied Orbán to Putin and condemned him for not adopting a stricter stance on the war in Ukraine. Even the Ukrainian president Volodymyr Zelenskyy had voiced his concern about Hungary’s complacent attitude towards Russia. Theoretically this was a smart strategy, but as the campaign chief for Peter Marki Zay (leader of UFH) explained, their voice was “limited”. UFH had just 2,000 billboards nationwide, ten times fewer than Fidesz. Orbán’s opponents similarly underlined a “pervasive pro-government bias in the public media, the domination of commercial news outlets by Orbán allies and a heavily gerrymandered electoral map” as key obstacles for the united opposition.

In his victory speech Orbán claimed that Hungary has never had so many opponents: “Brussels bureaucrats… the international mainstream media, and the Ukrainian president.” His message of nationalism, religious conservatism, and Euroscepticism has been consistently articulated through an ‘us against them’ rhetoric typical of populist communication.

Moments later, Marki Zay shared a post on twitter saying, “Don’t let go of each other’s hands!” The future of UFH is uncertain but Hungary is certainly sliding back to an illiberal democracy, it is hard to tell whether UFH lost because its platform failed to convince Hungarians or because it lacked free and fair means to communicate its message. 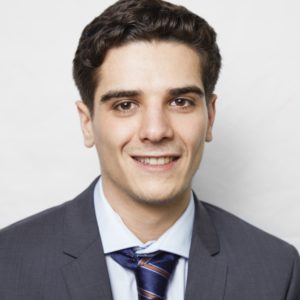 David Cohen is a Research and Communications Assistant at College Green Group and is responsible for content creation, parliamentary and social media monitoring, and the creation of innovative campaign strategies. He holds a degree in Politics from Coventry University, and a Masters in Political Communication from the University of Leeds. David is passionate about politics and is interested in topics ranging from constitutional and institutional frameworks to the study of ideologies and current political movements and parties. He has strong knowledge of the British, Portuguese and American political spectrums and has also written about Australian, Hungarian, Spanish and Brazilian politics.