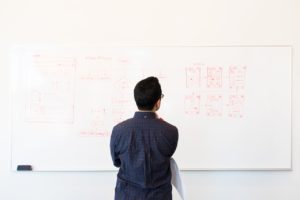 But first, what is the political environment? It sounds like a nebulous concept, but it is far-reaching, comprising various stakeholders, from parliamentarians, the public, civil servants, and institutions. Together, this political environment dictates what does and does not become law, and firms must adhere to whatever new legislation is produced by Westminster.

One of the most successful US firms is Lockheed Martin Corporation. As a federal contractor in the US, it spends millions each year on courting the government for lucrative contracts. Its investment is wise and exploits the political necessity lawmakers feel for the American armed forces to be leaders in military technology. According to a study conducted by Bloomberg News, for every dollar Lockheed Martin Corporation spent on lobbying and campaign donations in 2004, it received $2,157 worth of government contracts. This is an example of an extraordinarily successful company being in tune with its political environment. But one need look no further than Huawei to see how much revenue can be lost when the wider political context is ignored. Huawei did not grasp how heavily the UK’s decision making was influenced by the political messages coming from Trump’s White House.

At College Green Group, we advise our clients to stop viewing politics as something to be reacted to, and instead become proactive. This is not a revolutionary idea. Just like any business would forecast the impact changes to the economic outlook would have on their business, we are advocating that they do the same for the political outlook. Indeed, while the macroeconomic trends of the business cycle are largely unalterable, businesses can foster constructive and non-adversarial relationships with those who determine the political cycle in Westminster.

In conclusion, businesses and their leaders must understand the political environment in which their industry operates in order to properly adapt to or maximise the opportunities it offers them. The biggest and most successful companies are often the best at doing just this, and it is no coincidence. These big businesses devote significant time and energy into running campaigns, lobbying lawmakers, and sounding out government officials on the possibility of future legislation and regulatory changes. We know that it can be difficult for small firms with limited resources to do this, but it should be one of their highest priorities. And if your small business has limited in-house capacity, please contact our team today, as College Green Group can provide expert counsel and ensure you and your team are always fully briefed on your industry-specific political horizon.