What does the future hold for traditional media after a Trump Presidency and a global pandemic?

Fact-checking the news would have seemed like an entirely alien and unnecessary concept ten years ago, especially in The West, where we take freedom of speech and the integrity of our news organisations for granted. 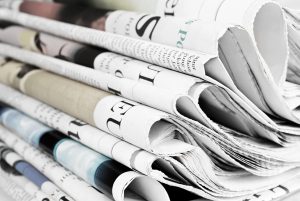 Traditional media outlets have had a tough decade. Print media has continued to decline steadily since the boom of online news and social media sites, and the last four years have been fraught with accusations of political bias, irresponsible reporting, and Fake News, with Donald Trump focussing on reaching out to voters directly through social media. Then this year something no one could have predicted happened – Covid-19 swept across the globe, ending lives, irrevocably changing others, crushing economies, and pushing more than two-thirds of humanity into enforced lockdowns for much of Q2, with many of us now locking down again in Q4. The unstoppable virus’ effects created an important and universally relevant news cycle all of its own. Reliable, trustworthy, and unbiased news reporting was back, and everybody was reading. But, does this beg the question; what’s to come for traditional media when the President is no longer attacking it and once the pandemic draws to a close?

Before we think about the answer to that question, let’s consider some of the effects of Trump and Covid on the behemoths of traditional media, and how their digital counterparts followed suit when it came to fact-checking, verifying, and flagging disputed claims.  We have seen the % of a newspaper taken up with opinion dramatically shift over the last 5 years and this means that for many of our clients it is still very important to directly engage with the writers and paper to make sure their message gets across.

Fact-checking the news would have seemed like an entirely alien and unnecessary concept ten years ago, especially in The West, where we take freedom of speech and the integrity of our news organisations for granted. However, this year we have seen a slew, even an onslaught, of measures implemented by both traditional and digital media companies, to ensure balanced and accurate news reaches us. The Covid-19 pandemic gave rise to alarming conspiracy theories, questioning the virus’ origins, claiming it was created by big Pharma as a means of profit, casting doubt over the safety of a vaccine, and of course, mocking the need to cover one’s face in public. It is clear that the mainstream media has been caught unprepared for the strength of the Anti-Vax movement and conspiracy theories. News organisations first did not cover, and then aggressively fact-checked a video featuring American scientist Judy Mikovits. The video, which had spread like wildfire on social media sites, made several dangerous and unfounded claims about Covid-19, including that it was created by big Pharma for profit, that Whitehouse advisor Antony Fauci was responsible for the deaths of millions during the early years of the HIV/AIDS pandemic, and that masks ‘activated’ Covid-19.

Recently, New York Times Media Columnist Ben Smith wrote a piece titled ‘Trump Made Old Media Great Again’, in which he discussed the way in which legacy news brands like his employer, The Washington Post, CNN, and their equivalents in other markets seemed to have lost some of their power in 2016, and that Trump was one of the few who recognised their still immense ability to affect opinion. Smith believes it was his recognition of the news organisations’ power that fuelled the President’s campaign of reputational attacks and claims of Fake News in an attempt to discredit them, however, his tactic backfired and had the opposite effect. In 2016 it seemed as if the future belonged to BuzzFeed, The Daily Beast, and The Huffington Post, however in this election and this pandemic, with the significant rise in a range of media options we now see people having a bespoke and personalised diet of media. The huge range of online content and tools to aggregate news media means people can create content in their filter bubble much faster and enable themselves to have unchallengeable opinions.

The truth is that it is impossible to predict what is next for our legacy traditional media organisations. With almost all newspapers in the UK having lower readership in 2020 than in 2019 and in 2018, we are not hopeful that there will be an increase in print readership numbers next year. The pandemic itself has hurled us forward years in terms of digital adoption. Those who continue to pay attention to the news will stay online, but those who were only here for the election and the pandemic will soon drop off. Only time will tell what the future holds, but I for one would be saddened to lose our smaller publications and regional papers, such as The Evening Standard, which took perhaps the biggest hit in the UK news industry this year, relying so heavily on print copies, not return to its former glory as of the London newspaper.

Regardless of the direction the media moves towards in 2021 and beyond, the focus for brands and campaigns should remain on creating authentic, engaging content that can be geared towards both owned and earned channels. News will remain key, so leveraging the news agenda to boost the chances of your content being covered will be the most effective way of landing column inches and online news hits. Contact the team at College Green Group to discuss how we can help shape your content and media outreach strategy to ensure you are featured in useful titles that reach your target audience.